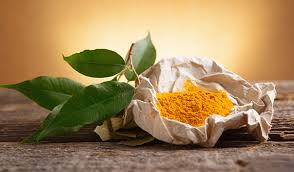 How Curcumin and Berberine Herbs are so powerful for diabetes?
In the face of diabetes, an increasingly common disorder, many doctors and research experts have carried various examinations on drugs and medicine to look at which works the best.
And with no surprise, many of them found the natural detox herbal medicine derived from natural herbs have acted as a brake. While experimenting, they found that some medicinal plants and spices have the virtue of emulating insulin.
Introducing herbal medicine and Ayurveda science in your life:
Diabetes, like hypertension, is a silent metabolic disease that can affect many people who do not even suspect they have it. Introducing simple healthy and natural detoxes in today’s fast and hard life can help keep you to keep glucose under control.

Type I diabetes is genetic in origin, is linked to alterations in the immune system, and can occur as early as childhood. But type II diabetes, much more common, affects mainly adults and is also linked to genetic factors, but also obesity, type of diet, and sedentary lifestyle. All of these external factors can alter insulin production.
Luckily, introducing simple healthy habits like the ones we mentioned earlier can help keep your glucose under control. As support, we can resort to herbal medicine. But here we have focused especially on herbal medicine that emulate insulin. Below you will find some of the most effective and, later, a formula that includes them to prepare an effective infusion against diabetes:

Powerful and Top  Herbs for diabetes:

Top 10 herbs which help in treating diabetes:
1. Snow Peas:
From the snow peas, the pods are used for medicinal purposes. It has been shown that they contribute significantly to lowering blood glucose levels, while at the same time increasing insulin levels.
2. Cinnamon:
Cinnamon, native to India and Sri Lanka, adds to its excellent taste medicinal properties that are very useful in diabetes. It is considered digestive, stimulant, carminative, hypoglycemic, and antiseptic.
3. Gymnema:
Gymnema, a climbing plant that grows in eastern India and tropical Africa. It partially blocks the absorption of sugars, which prevents glucose levels from rising in the blood.
4. Eucalyptus:
The leaves and fruits are used for medicinal purposes. Hypoglycemic, febrifugal, expectorant, antiseptic, and anti-inflammatory effects are attributed to it. Specially used for type II diabetes.
5. Stevia:
Stevia is a sweetener native to Brazil and Paraguay. Its leaves also have hypoglycemic, antihypertensive, diuretic, antibacterial, and antifungal properties. Surprisingly, despite being up to 50 times sweeter than sugar, it is carbohydrate-free.
6. Sage:
This plant has a very positive impact to cure diabetes. It can also control the blood sugar level in no time. There is a rapid change in health discovered when the experiment was being done.
7. Ginger:
Ginger is widely used in South-Eastern countries, and it has antioxidants and anti-inflammatory properties. It is a must to include ginger in your diet to avoid high sugar levels. And thus, it regulates the blood sugar.
8. Turmeric:
This special spice is very effective in curing the diabetes condition in any case. It is seen that turmeric has always been rich in curcumin which prevents diabetes. It also helps in regulating blood sugar levels.
9. Fenugreek:
Fenugreek seeds are high in fiber, and various seed’s components have been shown to have direct sugar-lowering effect. According to many studies, if you will use fenugreek daily, it can decrease the level of insulin and thus it helps to improve sugar control.
10. Ginseng:
This ingredient is known to boost immunity as well as insulin in the pancreas. It is ideal for type 1 patients to use in their diet. It also regulates the sugar levels, especially after meal peaks. Its consumption has to be in a moderate amount.
Top 10 powerful herbs with a high value of curcumin and berberine:
Berberine comes from Oregon grapefruit and other high berberine containing roots and berberine has been described to decrease cardiovascular risk. It helps improve glucose metabolism it also helps with insulin sensitivity. While curcumin from turmeric is widely known for its anti-oxidant and anti-inflammatory properties. Here are the top 10 herbs which have to go well along with berberine herbs:
1. Oregon grapefruit:
Berberine rich fruit which helps to decrease the glucose levels. It also helps to prevent insulin sensitivity.

2. Tree turmeric:
The herbal medicine from this plant helps in improving glucose metabolism and regulating the insulin peak.
3. Goldenseal:
The berberine present in it helps in producing endothelial function and nitric oxide production. Regulates the lipid and blood glucose levels.
4. Goldthread:
This plant is rich in berberine and it helps decrease LDL cholesterol and triglycerides to some extent. It also solves the insulin resistance problem.
5. Phellodendron:
This plant helps in improving glucose and lipid metabolism in the body. And it helps in regulating the LDL level.
6. Berberis:
It helps in fixing insulin resistance in cells because of having a berberine compound. It acts as a fixer for glucose metabolism in cells.
7. Stevia:
Its leaves are sugar-free and also have hypoglycemic, antihypertensive, diuretic, antibacterial, and antifungal properties.
8. Cinnamon:
A few studies suggest that consuming one teaspoon of cinnamon per day increases insulin and helps blood sugar control.
9. Turmeric:
Rich in Curcumin helps in lowing down the glucose level. It is known for its antioxidant and anti-inflammatory properties.
10. Curcumin xanthorrhiza:
This is just another species of the turmeric plant. It is also known for regulating insulin as well as blood sugar levels. It is high in curcumin.

Here, under this construction, these plants you see are to incorporate into your diet and drinks. So, talking about today, as a basic formula to try to reduce the incidence of diabetes, it is recommended to take the natural herbal medicine, exercise, go on foot, and have an adequate diet to regulate sugar, promoting heart-healthy foods rich in fiber.
Such herbal medicine will be particularly useful for diabetics. Some decrease the insulin resistance of cells; others stimulate what is still functional in the pancreas. Some contain inulin and is ideal for blood sugar levels, and still, others reduce the consequences of poorly controlled diabetes.