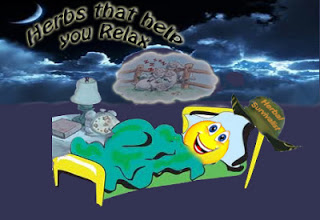 “Herbs and Natural Solutions for Epilepsy”

There are many Natural alternatives for Epilepsy. Some of them Herbal, others are Vitamins and others such as Amino Acids and even Foods that help Epilepsy. There are a few Good Books that WILL help those that have epilepsy. I know I have Epilepsy.

A short story:
When I was young I got encephalitis and fell into 2 commas. the first lasting 9 weeks and the second lasting 6 weeks. It was because of a Natural Solution that I am alive today.  during the second Coma one of my lungs collapsed and the meds were not working so the old doctor put me in a steam tent which brought my lung back enough to begin a careful healing and strengthening process. So then after many weeks in the hospital I started having Grand Mal seizures and to the point of every 9-13 weeks but if I even saw a strobe or flashing light I would have one.
So I was on more meds than one could imagine and they did not work!!! However I found a single drug that kept me seizure free for over 35 years.( Mebaral) But as of Jan 11, 2012 and due to a new health care bill the only manufacturer Decided to stop making this Med. So what was I to do? Give Up and start having seizures again and loose all I worked for … No Way Boys and Girls this is the “HERBAL SURVIVALIST” not only talking but practicing what I preach and Teach. Yes, EVERYTHING  I Post I use and WILL back up because I care truthfully about all of you. Because I had many good people come into my life and helped me learn THE OLD WAYS that actually work. So, I offer them to you all  for free looking for nothing in return but a smile or a sense of happiness.

Many people with Epilepsy are also known to have a Vitamin B6 deficiency a good way to supplement for this is raw DOMESTIC BEE Pollen. This also is the most effective way to supplement the FULL spectrum of B vitamins. and the only true way…

I use them and through the GRACES OF GOD can Bring a whole new outlook to ones life called HOPE. his is why I say GOD Bless!
OK enough about me, because so far so good with the natural solutions and seizures. I will refer you to some books which I use regularly and are fairly inexpensive and these authors are the real McCoy and they care!

Herbs that help seizures are called Nervine’s and antispasmodics. they calm the nerves , relive stress and some actually repair the frayed nerves for better neural  communications to the brain ( in simple terms). when stress is applied to ones life it disrupts the normal nerve pattern and or the nerves become excited and there and behold a major trigger for a convulsion.  So now if a nervine is apply such as valerian or skullcap or lemon balm for example if caught in time will rebalance the nerves to once again a healthy state without the potential of toxicity occurring.  However if a secure is already happening and I do not care about the severity of the seizure if a good formulated ANTISPASMODIC formula is applied it will stop the seizure dead in its track  a Amazing formula I keep on hand is Dr John Christopher’s Antispasmodic formula.
Another way to help Epilepsy is with the Amino Acid called Taurine it is said to have anticonvulsant properties. and in the book Natural healing for epilepsy there is a story of a young girl and her doctor putting her on this and the frequency of the seizures decreased and much more. ..
Another is the Rice Diet Cure. thats it a young lady in this same book is said to stop her seizures with a vey strict rice diet.
A list of a few good Nervine herbs: A Combination of Valerian Root, Camomile,Skulcap, and Passion flower made into a tincture and strained through a thin layer of cayenne will not only stop the seizure in its track but will aid in the recovery of the patient, The Nervines’ work at the Gaba and calm any neuro excitement and particularly both skunkcabage and cayenne will intervene within the overexcited neurotransmitters with another form of stimulation which confuses the overexcited neurotransmitters while the nerviness aid in calming and safe recovery and recreating a chemical balance for the Central Nervous system. Secondly, Sugar, artificial colors and flavors and caffeine are Epilepics worst enemy… They are triggers for seizures. A cup of camomile tea no milk or sweaters before bed is very healthy for those with epilepsy as well as oat straw tea and passionflower tea. Raw domestic bee pollen is super beneficial for people with neurological disorders (not just epilepsy) because is supplies the purest , non synthetic form of B complex vitamins to the Central Nervous System.

Also One who has a magnesium deficiency can be susceptible to ongoing seizure starting of as simple and progressing to Grand Mal seizures.

Some Vitamins to Aid Epileptics:
Vitamin E
Magnesium ( do not take magnesium without a supplement of calcium and visa vera otherwise it can effect the skeletal muscular system in a negative effect. ( (Bone density issues).
Calcium
Potassium
Manganese
Vitamin C

Antispasmodic Tincture and Valerian Combination as noted above:

Books as noted above