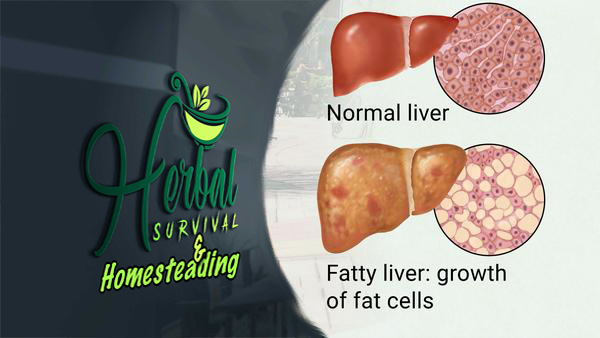 Natural Solutions for a Healthy Liver

Click here Now! for All Natural Solutions for a fatty liver!

The Liver is a “Vital organ which effect all the main systems, particularly the Central Nervous System.
Before  “ANY” effective healing can happen a properly detoxed liver must be present and functioning.Secondly, Healing of Damaged alpha nodes with herbs is vital. Alpha nodes are nodes within the liver that both produce and maintain healthy insulin levels. as well as maintain healthy Sodium and calcium channels.
The third step is to supplement the liver with a healthy diet preferable a juice diet for at least 2 weeks than to slowly migrate to solid foods all within a months period.
Herbals:
A few Powerful Herbs to aid the Liver:
Nutrition:
Nutritional supplementation is also vital to produce healthy makeup and maintain a healthy transmission(s) to the central nervous system. A powerful and very healthy was is to deliver b complex to the liver through the intake of bee pollen. Be pollen because of its cross pollination(s) patterns by the bees is the “PUREST” for of B complex one could ingest. No synthesization  is required for a new b vitamin to form.
Powerful Nutritional support for the Liver:
Juicing:
Juicing is another powerful way to aid the liver thus creating a high rate of enzymes absorbed. And added benefit to juicing is the ability to deliver oxygen to the blood stream a good example is chlorophyll from juiced wheatgrass. This not only aids in the absolutions as well but in the overall healing process.
Healthy Juices for the Liver:
Recipes:
A few good herbal teas and cool tonic  and Combinations & Recipes:
Dandelion /Goldenseal/Licorice: This combination will detoxify the blood and lower organs as well as detotx the liver by its antiseptic properties and then begin to heal with the powerful healing enzymes of the licorice root.
Ashwaganda/Cinnamon/Licorice: This combination will sanitize and heal the liver while the ashwaganda   begins to aid the adrenal glands which to wrks directly with the liver and central nervous system by continuously delivering a healthy insulin flow. As well as regulate and maintain a healthy hormonal(chemical) balance.
Burdock/ Goldenseal/Slippery Elm Bark/Licorice: A powerhouse of a blood purifier/detox. While with Slippery Elm being fully capable to constantly deliver    nutritional supplementation and  healing to all the main systems.
Barberry/Slippery Elm/Licorice: Barberry is a powerhouse of a herb particularly for diabetes thus through its detox properties through the berberine enzyme which delivers ciracumin with aid to a overall healthy liver and adrenal glands which in turn regulates and maintains a healthy glucose/insulin levels. Slippery Elm again provide vital nutritional values to all the main systems while also beginning to produce all the healing needed for the livers well as all main systems.
Recipe:
Tea:
Take One teaspoon of each herb let steep in 8 ounces of boiling water for 15-20 minutes. press and strain soaked herb be careful to let soaked herb to cool a bit , strain and drink hot as a tea. “ADULTS” drink Daily
Tonic:
Let cool and  add 1/4 teaspoon of bee pollen stir and let dissolve “completely. and drink daily. “ADULTS” drink Daily
Be pollen: will supply the purest form of B Complex vitamins “Directly” to the Liver and aid the overall performance while providing optimal health maintenances’ while supporting ALL the main systems but more particularly the Central Nervous system and adrenal glands.
Add 1/4th to 1/2 teaspoon of bee pollen to 8 ounces of warm water stir till mostly or all dissolved if it does not fully dissolve do not throw away any granuals at the bottom of the glass. Adults drink daily
Apple Cider Tonic Recipe:
This tonic recipe will not only detox the liver of all toxins and neurotoxicity but will provide a natural form of healing and energy.
10 glass warm filtered water
2 tablespoons of raw organic apple cider vinegar
2 tablespoons of raw wildflower honey
4 ounces of pure lime juice
A powerful Juice Tonic Recipe for the liver:
This tonic recipe will provide many nutritional values such as potassium, magnesium, manganese and more. Drink 8 ounces daily.
Directions:
Juice all of the following by stating with the dandelion first then the beet then finished up with the apples core seeds and all.

A Powerful Juice Tonic to Lift your day
Headspace: Green Beans: A Love-Hate Relationship
Herbal Medicine and its Controversies
The Power of herbs for Prepper’s series “Marshmallow Root”
Anti-Viral Herbs and Juices
8 Urban Survival Tips For Dealing With Riots or Civil Unrest While Driving
Natural Solutions for MALARIA