Slippery Elm Bark  This herb is a Powerhouse of a nutritional supplement and has many common
names: American elm, Indian elm, red elm, moose elm, sweet elm, rock elm, and
winged elm. Slippery elm is a very safe herb and can be taken by infants, by
women during pregnancy, as well as by the elderly. The inner bark is the
portion that is used for medicinal purposes. Slippery elm can be taken
internally as well as externally and has many soothing and softening
properties.
Slippery elm is used widely for sore
throats and respiratory problems. It protects, neutralizes, and buffers mucous
membranes when taken internally. This helps to soothe scratchy and raw sore
throats. Slippery elm has anti-inflammation and anti-irritant properties which
relieve dry and irritated passage ways during the cold and flu season. Slippery
elm also works as an expectorant. It increases bronchial secretion which
loosens up mucous along the throat. This decreases the viscosity of sputum and
aids the body in removing phlegm. Slippery elm is recommended for the following
lung conditions: asthma, bronchitis, sore throats, coughs, hoarseness,
tonsillitis, pleurisy, lung bleeding, and leukorrhea.
Here is a favorite lozenge recipe of
Dr. Smith’s: Take some locally grown honey and mix it with slippery elm powder
till it makes a thick paste. Add 1-5 drops of peppermint oil to taste. Put in a
container with a lid and store it in the fridge. Eat by the spoonful 2-4 times
daily until sore throat subsides.
Slippery elm bark is also good for
the GI tract. It neutralizes acidity, protects, and coats mucous membranes
along the GI tract. Slippery elm buffers damaged, inflamed, and irritated wall
linings of the stomach and intestinal tract. Slippery elm alleviates ulcers and
hyperacidity conditions, naturally.
It has been thought for many years that
ulcers are caused by stress. Recently however, it has been discovered that
ulcers are not “caused” by stress. Research has shown that the main
cause of ulcers is a bacteria called H. pylori. This bacteria is found
naturally in everyone’s GI tract. The problem occurs when the body’s immune
system is weakened to the point that it can no longer keep the bacteria in
check and the bacteria spreads out of control until it begins to eat away the
mucosal lining of the GI tract and eventually produces symptoms.
Stress can be both good and bad for
us. When we confront a physical or emotional problem, stress is good because it
helps us to meet the challenge before us. But, stress can be bad for our health
when the same stressors occur over and over and begin to tax the body’s ability
to cope and adapt to change. (Like paying bills each month, a difficult boss,
spouse, etc.) When under chronic stress you never completely relax; your
muscles become tense, energy is drained, and both your body and mind become
fatigued. You become more susceptible to ulcers, infection, colds, etc.
Here is an excellent recipe for
ulcers and other GI disturbance problems: Take equal parts of slippery elm,
marshmallow root (both of these herbs soothe and buffer the stomach and GI
tract), comfrey (improves digestion), echinacea (fights off infection), and
cayenne capsules (acts as a stimulant and magnifies healing properties of the
herbs). Many people use honey, cinnamon, cloves, and ginger to naturally flavor
herbal remedies.
Slippery elm bark has a lot of life
sustaining nutrients. It contains sodium, potassium, calcium, iron, selenium,
iodine, copper, zinc, phosphorus, bromine, manganese, and vitamins E, F, K, and
P. Slippery elm is especially good for people who are sick and have a hard time
keeping food down. Slippery elm can actually sustain life for quite some time.
For this reason it is used for patients who have cancer and other wasting
diseases. Ginseng can be added to slippery elm to boost the patient’s energy
level. It is so gentle that slippery elm stays down while most every thing else
is vomited as well as providing the nutrition needed to sustain life.
Slippery elm is indicated for the
following: indigestion, nausea, cramps, ulcers, colitis, gastritis, GI
hyperacidity, digestive problems, kidney problems, diarrhea, constipation,
wasting diseases, and cancer. It also aids in the digestion of milk.
Because slippery elm softens,
soothes, neutralizes, and removes inflammation from skin, it can be used
externally as well. It works great for diaper rash, burns, eczema, hemorrhoids,
boils, sores, and wounds. Just mix slippery elm in some water to make a thick
paste and apply it directly on the affected area.
General Health
Benefits and Nutrients:

Slippery Elm Bark can actually sustain
life for a short period of time since it is high in many essential nutrients:Sodium, Potassium, Calcium, Iron, Selenium, Iodine, Copper, Zinc, Phosphorus, Bromine, Manganese,
and Vitamins E, F, K, and P
It is excellent for those who
are sick or have cancer or other destructive “wasting” diseases.
Medicinal Uses
(internal):
It soothes nausea and is not
likely to be thrown up
To take internally: Make an easy tea! See my
recipe at the end. I adjust the slippery elm amount and spices to taste each
time.
Another great herbal recipe is from Dr. Smith
who gives the following: Take equal parts of slippery elm, marshmallow root (both of these
herbs soothe and buffer the stomach and GI tract), comfrey (improves
digestion), Echinacea (fights off infection), and cayenne capsules (acts as a
stimulant and magnifies healing properties of the herbs). Many people use honey,
cinnamon, cloves, and ginger to naturally flavor herbal remedies.

The soothing and inflammation-reducing properties of the bark make it ideal for:
To apply
externally: Mix slippery elm in some water to make a thick paste and
apply it directly on the affected area.

Take as a hot tea or add to your baked goods, soups, smoothies, or really
anything to take for an irritated digestive system.

The bark has been shown to neutralize acidity and
protect mucous membranes along the GI tract by coating
the membrane surface. This “buffering” of the membranes helps the
irritated area (stomach, intestines, throat) heal themselves while the acidic
offending environment is isolated from the membrane. The coating action also
soothes ulcers.

Heal a Sore Throat or Respiratory Infection:
The acid buffering and anti-inflammatory action of the bark soothes
sore throats and relieves dry and irritated bronchi and lungs. It is an
expectorant, meaning that it breaks up mucous stuck in the throat or bronchi (as is the case in bronchitis or a
cold/flu) and causes you to cough it up. Conditions appropriate for slippery
elm usage:
Asthma
Bronchitis
Sore throats, coughing, hoarseness
Tonsillitis
Pleurisy, lung bleeding, and leucorrhea
Cancer
Ulcers 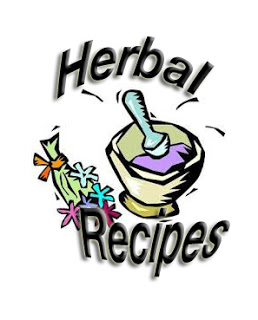 Slippery Elm Soar Throat Patties
What You will Need:
1/8 cup of Pure Wildflower raw honey
2-3 tablespoons of Slippery Elm Bark Powder
5 drops of peppermint essential oil
Directions:
Mix honey and essential oil well then add Slippery Elm bark powder slowly until it gets thick and on the dry side. flatten out with hands and cut out with a small biscuit cutter or large juice cap(improvised cutter)  place on a dish and let air dry for a day or two . Sore in refrigerator and use as needed.

Note: Herbal teas are sometimes more effective without any sweetener and ALWAYS NO MILK!!!

3 thoughts on “Preparing for a seasonal Change “Slippery Elm Bark””