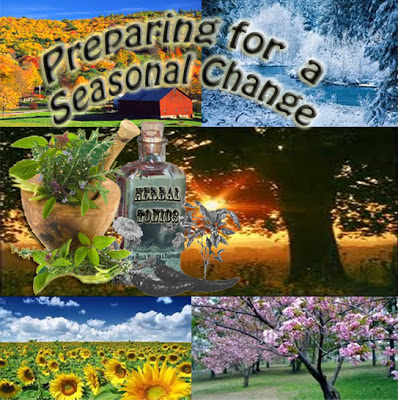 Antibiotic herbs are essential for defeating internal or external bacteria infections as well as assisting in aiding the immune system by eliminating the stress' from the burdens cause by the infection(s) . A side note;

Secondly, Powerful antiseptic herbs such as cinnamon and clove also asset in finalizing and defeating the virus.

Therefore, now a cellar environment that is sanitized healthy cells can now replace the infected  defected herbs . Again this is why Grapefruit seed extract and Oregon Grape, are powerful antiseptics as well because of there high levels of antioxidant properties, thus also defeating the oxidation(s) of cells. oxidants and antiseptic herbs have similar effects on the human anatomy Molecularly speaking. Anti- oxidants inhibit the oxidation of cells, joints, and muscles and keep them in optimal operational health through a natural process through the enzymes or combination of enzymes within a herbal molecular makeup.

If there are more than one herbs with the same property(s) why then do we need more than the one? That is simple the enzymes present in each herb that makes up the molecular composition will have different effects not only on the disease, infection, or aliment but according to the current individuals molecular composition it will effect them differently molecularly speaking example. green tea has powerful antioxidant properties  but the orac value is only 50,000 now clove has a chemical compound of

phenyl-propanoids and can produce an orac value of 10 million. and they both possess antioxidant properties now also a herb can produce more than one property like clove because of its enzymes present and high orac levels it also possess anesthetic and antiviral properties.

Thirdly, Combining multiple types of herbs supply the body with more natural enzymes to defeat the infection, disease, or aliment(s)

NOTE “DO NOT USE LICORICE ROOT IF YOU HAVE ANY TYPE OF BLOOD PRESSURE ISSUES. extensive use of licorice root can elevate blood pressure.